Robust equality, diversity, and inclusion (ED&I) initiatives and policies have the power to deliver numerous benefits, but there is much more we need to do within the Defence sector. Here is where we can start, says Neha Bhasin, Atkins’ Defence and Security Consultant. 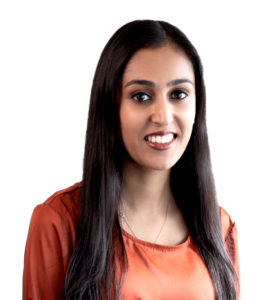 In the workplace, people with different experiences, and from different backgrounds, bring new and distinctive ideas. Organisations benefit from the diverse skills and talents drawn from the wider society in which we live. Diversity in the workplace also links directly to increased profitability; a fact that’s been well-documented by global management consultancies for more than 50 years.

In a 2017 study of 1,700 companies by Boston Consulting Group, companies with above-average leadership diversity reported innovation revenue of 45% by comparison with those with below-average leadership diversity, at 26%. As this article in Forbes states: “Companies with more culturally and ethnically diverse executive teams were 33% more likely to see better-than-average profits.”

An organisation that is inclusive will also attract and retain the best talent, which boosts the inherent value of its collective workforce. Also, diversity in the workplace is something that employees are increasingly placing more value on. For the Defence sector, which thrives on collaboration and competition, the increased innovation and cultural awareness that diversity brings should be seen as a vital element to forging good relations, supporting healthy business development, and providing UK plc with a competitive advantage.

So, what does the ED&I picture look like across our sector? Sadly, we are lagging behind: Defence has often been singled out for its lack of ED&I commitments. The Armed Forces were set a target in 2016 to increase female personnel to 15% and Black, Asian, and Minority Ethnic (BAME) personnel to 10% of their total intake by 2020. In 2020, these numbers stood at only 12.6% for female personnel and 11.7% for BAME personnel, the BAME target being met largely attributed to a change in policy which removed the five-year residency criteria for up to 1,350 personnel per year.

The Secretary of State for Defence, Ben Wallace, stated in a Daily Telegraph article in 2020 that: “Defence has often been slow to recognise the value of diversity” and the  Ministry of Defence (MOD) also recognises there is much to do, stating in its Defence Diversity and Inclusion Strategy 2018-2030: “Becoming more diverse and inclusive is not just the right thing to do for individuals, it is central to Defence’s ability to protect the nation’ whereby Defence should reflect the society it is working to defend.”

LGBTQ+ representation rates are also alarmingly low, with recent media coverage highlighting ongoing issues for LGBTQ+ people, as well as increased reports of racism, sexual harassment and bullying within the MOD and the Armed Forces.

It’s a similar picture for the wider Defence industry, too. A study by the Department for Business, Energy, and Industrial Strategy (BEIS) exploring the value of Defence jobs in the UK found that positions were predominantly filled by men, with only 17.5% of UK Defence business jobs held by women in 2017. Defence companies are also dependent on STEM-based expertise for certain roles – disciplines that have long been male-dominated.

We do know that fewer than average Defence companies and organisations conduct or take part in ED&I data collection or surveys – so without complete and consistent data, how can we expect to benchmark progress? Here is where we can start. First, by engaging employees in dialogue, listening to responses, and asking them what they think.

For example, how important is ED&I for them in the workplace?? Do they feel they have the opportunity to speak about ED&I challenges? Is their organisation doing enough in their view on ED&I? We asked our own employees and contacts working in the Defence sector these questions, revealing that ED&I was important to most individuals (overall score of 8 out of 10), however many felt not enough was being done in their respective organisations (overall score of 4 out of 10).

We must also enact change from the top down, putting in place senior-level accountability, and we need to start working together to identify problems and share information and best practice across our industry. That means for example establishing a pan-Defence ED&I network to collaborate on joint initiatives and signing the Women in Defence Charter and actively participating in its drive to “deliver an environment where women can be authentically themselves”. Crucially, we must establish a baseline to capture data, improve transparency and have the benchmarking tools to help us start charting upward progress. We have to come together to move the dial.

We must also train and develop our employees; and take them with us. For example, delivering unconscious bias training, ensuring there’s advocacy amongst leadership with Senior Business Sponsors for ED&I, and reverse-mentoring schemes to improve inter-generational understanding by openly recognising that we all come to work with varied backgrounds, experiences, and cultures.

If you’d like to read more about Atkins’ ED&I journey and the research project that we undertook in 2020 to snapshot our starting point, check out Neha’s whitepaper Diversity in Defence.

IMPORTANT ANNOUNCEMENT The Defence Sourcing Portal (DSP) is live at www.contracts.mod.uk This is the official one-stop-shop for contract opportunities, tendering and information on doing business with the Ministry of Defence. MOD contract opportunities are advertised and tendered on the DSP. Please note that Defence Contracts Online will no longer be available after 31st October 2021.